Alberta (Bobbie as she was known by all who loved her) Mable (Mogensen) Elvin was born May 26, 1929 in Tenhassen Township, Martin County, Rural Ceylon, MN to Floyd and Caroline (Bassett) Mogensen. She was received into God’s Kingdom thru Holy Baptism in March of 1939 at the Kansas Lake Lutheran Church in rural St. James, MN. She was married to Walter Eugene Elvin in St. James, MN on March 17, 1949. Together they moved to Worthington, MN in 1950 and settled there for the remainder of their lives together. This union was blessed with five daughters: Sandra, Wanda, Lois, Vida and Arlene.

Together Alberta and Walter owned and maintained numerous rental properties in Worthington. Alberta also worked for many years at the Swanson Drug Store in Worthington. Later she owned and operated King Koin Kleenette Dry Cleaners in Worthington along with various other jobs over the years. She enjoyed doing crafts of all kinds, knitting, crocheting, gardening and playing cards with her family and friends. She loved to bake and kept her family well supplied with homemade goodies. She enjoyed sewing and making quilts and afghans which she shared with her daughters and grandchildren. As much as she enjoyed all of her hobbies, some of her most cherished times were those she was able to spend with her family.

Alberta was a very active member of First Lutheran Church and was involved with numerous committees. She helped with Denim Quilts, Christmas Trees & Table Decorations, Lutefisk Dinners, Sunday School, Vacation Bible School and many other areas. In 2009 she gave up her home she loved and moved to The Meadows of Worthington where she enjoyed playing cards and bingo with her many new and old neighbors and friends. She also helped prepare the newsletters for mailing, along with many other little jobs the staff needed help with. She also spent many hours coloring and doing puzzles. Even though her legs didn’t cooperate with her desire to stay active, she never lost her love of life and her desire to spend time with family and friends.

Alberta was preceded in death by her husband Walter Elvin, her daughter Wanda Elvin, her parents Floyd and Caroline Mogensen, her sister Evelyn Minnick and her brother Darrell Mogensen along with several other relatives.

Funeral services will be held on Saturday, February 26, 2022, at 11:00 a.m., at the First Lutheran Church in Worthington, MN, with Pastor Jeanette McCormick officiating. Burial will be in the Worthington Memorial Gardens Cemetery.

Blessed be the memory of Alberta Elvin. 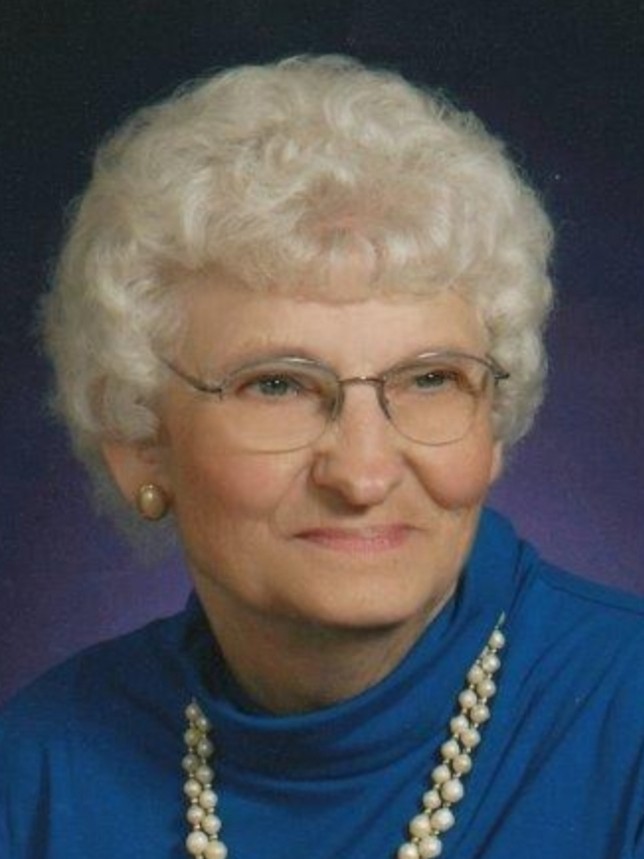