He was born on February 22, 1941, in the Worthington Hospital, the son of Raymond and Mary (Erbes) Meyer.

As a child he attended school and graduated from Sioux Valley High School in 1959. After graduation, he worked as a salesman for ten years in South Dakota. On June 1, 1962, he married his high school sweetheart, LeAnne (Huyck) Meyer. In 1970, Arnold returned home to take over his father’s farming operation in Sioux Valley, MN. He enjoyed his years of farming and raising livestock until his retirement and moving to Worthington, MN.

His Christian faith was an essential part of his life attending the First Presbyterian Church of Round Lake, MN and serving on many church committees and as financial treasurer, trustee, elder and working with the youth.

He also served as President of Jackson County Pork Producers, on the Jackson County Soil and Water Board for many years and the Round Lake Elevator Board. He was currently a member of the Worthington Early Riser Kiwanis, Prairie Reapers Power Reunion, Great Plains Oliver Collectors and the National Hart-Parr/Oliver Collectors. Arnold was passionate about his hobby of collecting and restoring Oliver tractors. He was active in the local and national tractors clubs attending state and national shows. He also enjoyed traveling especially visiting his daughters, grandchildren, great grandchildren and going south in the winter. One of his greatest gifts in life was his many friends that crossed his path.

He was preceded in death by his parents; two grandchildren, Louisa Lent and Katrina Lent; brothers, William Meyer and Charles Meyer, and brother-in-law, Frank Huyck.

Blessed be the memory of Arnold Ray Meyer.

Visitation will be held on Saturday, August 27, 2022, from 10:00 a.m. to 11:00 a.m., followed by funeral services at 11:00 a.m., at the First Presbyterian Church in Round Lake, MN, with Pastor Robert Bartlett officiating. Burial will be in the Round Lake Cemetery. 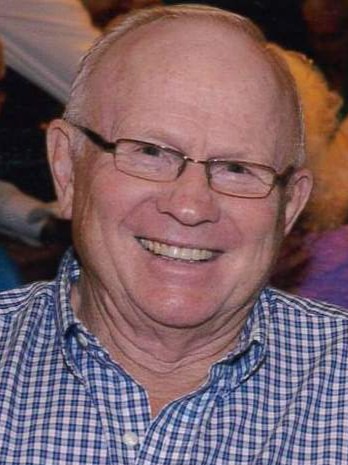