Clarence and Rose (Madden) Murphy welcomed their first born and only children on January 3, 1938. “Children” because they had become the parents of fraternal twin sons, who they named Clarence Patrick and Bernard Thomas. Pat & Tom grew up on the family farm in Sioux Valley Township, Jackson County, MN. It was homesteaded by their paternal grandparents, Patrick and Ellen (McGue) Murphy. The boys attended school at the Sioux Valley Public School from first grade until 12th grade graduation. It was just 2 ½ miles south of their home.

Pat enjoyed athletics participating in football and basketball. He graduated in 1956. He also was a Sioux Valley Work and Win 4-H club member. Pat showed beef cattle at the Jackson County Fair and the Aksarben Cattle Show in Nebraska. 4-H softball was another sport in which he took part.

After high school graduation, he farmed with his dad and drove school bus for the SV School.

Post-secondary schooling included Worthington Jr. College classes and an electrician’s course at Dunwoody Institute in the Twin Cities. When his father was injured in a farm accident, he returned home to take over the farming.

Pat met his wife to be in 1956 in Lakefield, where she worked as a car hop at Hook’s Drive Inn. After a 7 year courtship, he and Sherilyn (Krog) were married on August 24, 1963. They continued to farm and Sherilyn taught 2nd grade at Spirit Lake.

Pat drove school bus for a while longer and at various times over the years milked cows, raised hogs, chickens, beef cattle, and sheep in addition to growing corn and soybeans.

Pat served on the SV School Board. He was a baptized, confirmed, lifelong member of St. Joseph Catholic Church in Lakefield, where he was also a 50+ year member of the Knights of Columbus.

Their marriage was blessed with three sons, Brad, Mark, and Darren. Pat coached during their years of little league play. He guided them with their 4-H projects and taught them the ways of farm life.

Pat retired from farming in 2001 but he continued to assist Brad and Mark as they expanded the farming operation which has now endured more than a hundred years and they are now the fourth generation to work the land.

In July of 2017, Pat suffered a stroke and became a resident at Accura Healthcare in Spirit Lake. He always looked forward to weekly home visits back at their farm in Sioux Valley. Following another stroke on November 15, 2022, he passed peacefully at Sunset Hospice Cottage in Worthington at the age of 84 years. 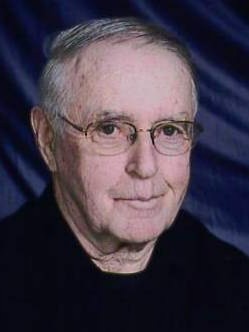