Dale Ivan Hugunin passed away peacefully on Monday, August 1, 2022, in Luverne, Minnesota. He was 94.

A Memorial Service will be held at 11:00 am Saturday, August 13, at the Westminster Presbyterian Church in Worthington, Minnesota, with Reverend Randall Knuth officiating. Visitation will be at 10:00 am. Lunch will be served at the church following the ceremony.

Dale’s journey began on February 8, 1928, in Middletown Township, Jackson County, the son of Ivan Van Epps and Ruth M. (Rhodes) Hugunin. Dale grew up on the farm and graduated from Jackson High School in 1945. He served in the United States Army in occupied Japan after World War II, inducted on September 27, 1946, and discharged on June 10, 1947. He was always proud of his service to his country.

He married Phyllis Ann Phipps on March 16, 1951, in St. Paul. During their 31 years of matrimony, they raised four sons, Mike, Steve, Nick and Jeff.

Dale attended the Minnesota School of Business for one year. He farmed in Middletown Township for 13 years; then in 1965 he became a sales agent for Farm Bureau Insurance. He became agency manager for Jackson, Martin, and later Cottonwood Counties, retiring from Farm Bureau Insurance in 1995. He said more than once that he worked for his customers, not the company.

Dale believed in giving back to his community. While serving on the Jackson School Board, he worked hard to get the funding for the new Jackson High School approved by the voters. He was a member of the Jackson and later Worthington Lions Club, the American Legion and VFW, and the Worthington Elks Lodge among other service organizations. He was a member of the First Presbyterian Church of Jackson and later the Westminster Presbyterian Church of Worthington.

During his later years, Dale lived in Worthington. He had a long-term friendship with Dorothy Koehn. He enjoyed golfing, playing cards, and attending the activities of his grandchildren. Playing cards was a family tradition going back to playing 500 at the home of his parents. He was a fan of both the Vikings and Twins, attending World Series games in 1965 and 1987. During his retirement he also read many books especially biographies and histories.

Dale made the thoughtful decision three decades ago to donate his body to science at the University of Minnesota. It was a forward-looking decision, much like the one to work for a new high school in Jackson. 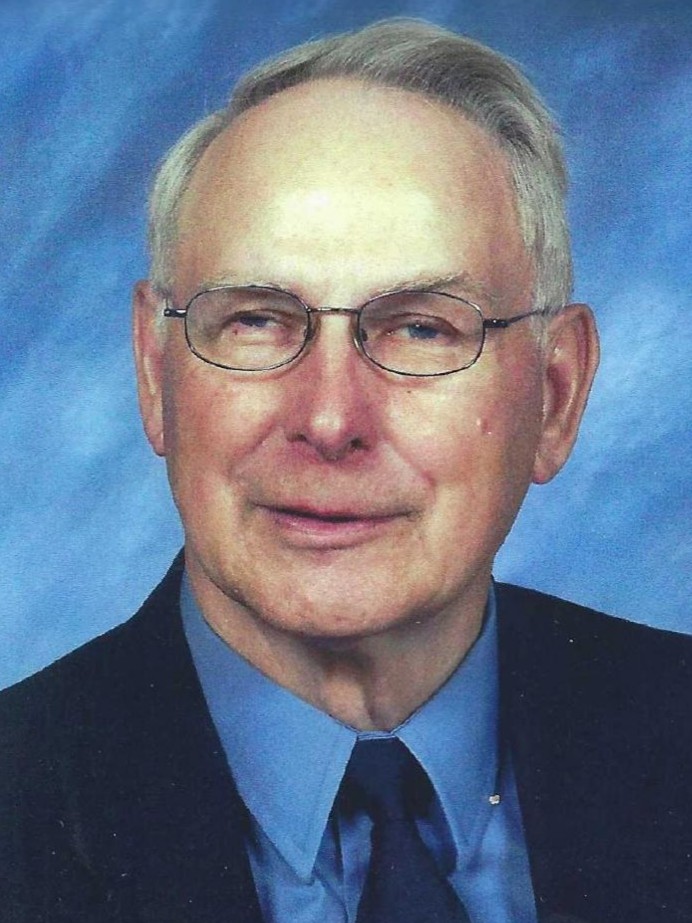