David Leroy Yates, age 82, was born on August 12, 1940, in Worthington, MN, the son of Allen and Myrtle (Wood) Yates. He lived in or around Worthington while growing up. David entered the United Sates Navy in 1957. After returning from the service, he lived in Las Vegas and worked with Atomic Energy Corp. Mercury, Nevada in Area 51. David returned to Worthington in 1961 and worked at Campbell Soup Company on maintenance and as an electrician for 35 years. He later worked at Bayer Corp., Worthington Country Club, and driving cars for Scholtes Auto World. David married Paulette Hilfers on September 11, 1964, in Worthington and they had two children, Chancey and Kathy. He was a lifelong member of the American Lutheran Church in Worthington. David passed away on Saturday, December 10, 2022, at his residence in Worthington, MN.

David is survived by his wife of 58 years, Paulette; two children, Chancey and Kathy (Teresa Pekarek); grandchild, Fallon (Jordan) Poff; two step grandchildren, Timothy and Katelyn Jaycox; in-laws, and several nieces and nephews. He was preceded in death by his parents, brother and sister-in-law, and three nephews.

Visitation will be held on Saturday, December 17, 2022, from 1:00 p.m. to 3:00 p.m., followed by memorial services at 3:00 p.m., at the American Lutheran Church in Worthington, MN, with Pastor Jeremy Hallquist officiating. 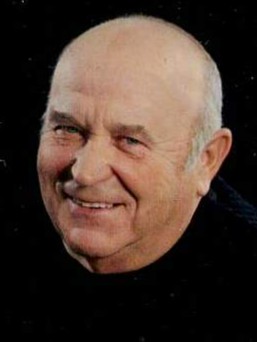