Dean Pearson was born on June 13, 1940, in Tyler, Minnesota to Nels and Vivian Swenson Pearson. He was Baptized and Confirmed in the Lutheran Faith at Sillerud Lutheran Church in rural Balaton, MN. Dean grew up on the family farm near Hadley, MN and graduated from Slayton High School in 1958. Dean then attended South Dakota State University in Brookings, SD graduating with a Agriculture Degree. Dean Joined the Minnesota Army National Guard in September 1963 and served until his honorable discharge in September 1969. On October 14, 1972, he and Penny Kadolph were married at the Hadley Lutheran Church in Hadley. Following their marriage, they made their home on the Pearson family farm where they farmed and raised their two children. In 2012 they moved to a home on Summit Lake in Hadley. Penny passed away on April 3, 2014. On April 2, 2016, Dean and Muriel Wornson Kahnk were married at the Hadley Lutheran Church. They made their home in Hadley. Dean passed away at his home on Wednesday, January 26, 2022, at the age of 81. Dean was a member of Hadley Lutheran Church and served on the Church Council. Dean served on the Highland Home Cemetery Board, Lowville Township Board, and the Hadley Elevator Board. He was a lifetime member of the Broken Arrow Archery Club and Beaver Creek Archers. Dean enjoyed watching his grandkids activities including their horses’ showings, hunting, fishing, playing Pinochle, Sudoku, archery, watching football, baseball, and wildlife.

Survivors include his wife, Muriel Pearson of Hadley, MN, daughter, Darcie Spartz and her husband, Travis of Hadley, MN, and their family, Wyatt Heezen and his Fiancée, Megan LeMaster, Maggie Currie and her husband, Joel, Karlie Heezen and Tyler Madison, Josie Spartz, and Morgan Heezen, son, Michael Pearson of Slayton, MN, Muriel’s four children and their families, Kathryn and Butch Herding of Hadley, MN, Keith and Cindy Kahnk of Jerome, ID, Kevin and Michele Kahnk of Green Bay, WI, and Kory Kahnk of Winona, MN, and one sister, Karen Peterson and husband, Dennis of Surprise, AZ. He is preceded in death by his parents, first wife, Penny and infant brother, David Pearson.

Funeral services will be at the  Hadley Lutheran Church in Hadley, MN on Saturday, January 29, 2022, at 10:30 a.m. with Rev. Robert Ossefoort officiating. The organist is Paul Mesner with special music by Sheila Crowley. The pallbearers are Gary Hansen, Michael Johnson, Robert Gaalswyk, Ron Kuecker, Jerry Bloch, Mark Swenson, Doug Swenson, and Harris Johnson. The honorary pallbearers are his grandchildren. Interment is at Highland Home Cemetery in Hadley, MN.   Visitation will be on Friday, January 28, 2022, at the Totzke Funeral Home in Slayton from 4-7 p.m. also one hour prior to the services at the church on Saturday. To send condolences visit totzkefuneralhome.com 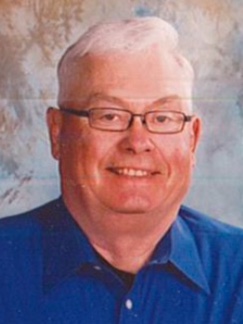