Diane was born on September 23, 1934 in Ellendale, MN to Alver and Edythe (Steele) Wilker. After graduating from Ellendale High School she married Dean Yahnke on January 1, 1953. They lived in Anchorage, AK while Dean served in the United States Air Force at Elmendorf Air Base. The couple returned to Minnesota upon Dean’s discharge. They resided in Mankato, Wells, Worthington, Fairmont, Prior Lake and Harlingen, TX during their 62 years of marriage. Diane worked in various administrative assistant & retail positions throughout her career. Her most loved “job” was that of wife and mother of five. She was thrilled when she was promoted to grandmother and great-grandmother.

The First United Church in Worthington was central to her faith. It was where she and Dean raised their five children in God’s love. All five of their children were confirmed here. Their three daughters and three of the grandchildren were married here.

Diane enjoyed creating beautiful hand crafted works of art. She was an amazing seamstress. Her efforts were a labor of love as she designed and created her daughter’s school, holiday, prom and bridesmaid dresses. She and Dean setup a home woodshop and created masterpieces. They always made sure to make 6 of their projects for themselves & their five children. During retirement she really enjoyed their travels and winter stays in Texas. She was an active volunteer at their community center. Diane had a gift of planning and organizing. She loved socializing, playing cards and dominos with friends and family in Minnesota & Texas.

Celebration of Life service will be held on Friday, August 26, 2022, at 4:00 p.m., at the First United Methodist Church in Worthington, MN, with Rev. Dr. Daren I. Flinck officiating. Visitation will be held at the church prior to the service at 3:00 p.m. Interment will be in the Worthington Memorial Gardens Cemetery. 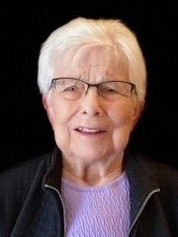