Funeral services will be 10:30 a.m. Saturday, February 12, 2022, at the United Church of Christ Congregational in Sibley, IA with Pastor Maggie Gisch, officiating. Burial will follow in the Holman Township Cemetery at Sibley, IA.

Visitation with the family present will be from 5:00 - 8:00 p.m. Friday, February 11th at the Jurrens Funeral Home of Sibley.

Elmer LeRoy Van Beest was born to Kobus and Siena (Huls) Van Beest on June 2, 1935, at the family home in Sibley, Iowa. He was baptized on April 6, 1941, at the Congregation Church and received his education in Sibley. Elmer worked at the Sibley Cement Company until he joined the Navy in 1953. While in the Navy, he completed multiple tours of duty aboard the aircraft carrier the USS Princeton and received an honorable discharge in May of 1956.

Elmer was united in marriage to Lylliss Louise Reiter on March 12, 1954, at the Westminster Presbyterian Church in Worthington, Minnesota. After serving in the Navy, Elmer returned home to his wife and two young boys, Kelly and David, and began working as a farm hand for various farmers in Northwest Iowa, including a 14-year stint with Perry Winkle. In 1978, Elmer began working for Sudenga Industries in George where he worked until his retirement in 2008.

If you knew Elmer, you knew that he loved to fish. Bullheads, Crappies, or Northerns were found on the end of his line and more memories than he could count were made with his family and friends with a pole in his hand. When the fish weren’t biting, he traded in his pole for a deck of cards. Endless hours were spent playing various card games with friends and family over the years. He always enjoyed the ribbing he received for often winning and being told he was lucky.

Elmer was preceded in death by his wife Lylliss in 2010; his parents, Kobus and Siena; brothers, Bill, Hank and Kobus, and sisters, Grace Veen, Anna Jean Potter and Joyce Pecenka.

The family wishes to give a heartfelt thank you to the staff at Sibley Specialty Care and Osceala Regional Health Center for their father’s care. 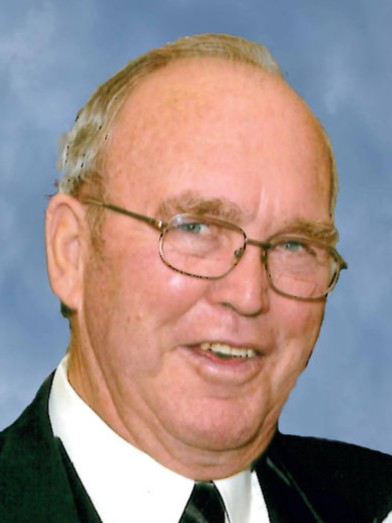