Gary Brinks was born on July 16, 1947, near Sheldon, IA to Gerrit & Henrietta Brinks. He was baptized and professed his faith in the Reformed Church. As the oldest of 5 children, he spent his early years on his parent’s dairy farm helping with farm activities. He graduated from Balaton High school in 1965 and attended the University of Minnesota Morris, St. Paul and later graduated from Southwest Minnesota State University. Gary was united in marriage to Helen Anderson on June 14, 1969, at the Methodist Church in Lake Wilson. Gary enlisted in the US Air Force and went to Basic Training at Lackland AFB in Texas. After Basic, Gary was sent to Lowry AFB near Denver, CO and Castle AFB near Merced, CA to train as an ordinance mechanic on B-52 Bombers and later F-4 Phantom fighters. In November of 1970, Gary was sent to Vietnam for a one-year tour as the leader of a 4-man munitions crew. After 4 years in the service, Gary was honorably discharged and returned with Helen to the Garvin area and eventually back to the family farm in Skandia Township. Gary and Helen worked side by side with daily milking, crop farming and raising their four children. In 1989 he started a new role as a township assessor in the winter months and enjoyed driving the countryside valuing homes and meeting people. He continued to add townships and small towns through the years until retiring in 2019. In 1996, Gary was diagnosed with Non-Hodgkin’s Lymphoma & Kidney cancer as a result of his Agent Orange exposure during the Vietnam war. Gary valiantly fought and beat this cancer and became a strong supporter and ambassador for Relay for Life and local cancer support groups. Gary took pride in his family and loved being a Grandpa. He enjoyed spending time at their lake lot, family camping trips and traveling –this Spring he took a two-week multi-state car trip to visit extended family and friends. Gary’s hobbies included woodworking and collecting Allis Chalmers tractors – big and small. Gary was a member of Garvin Congregational Church and was a strong man of faith. He served as a deacon for 44 years and never missed a Sunday, Bible study or church activity. Through the years he served on local townships boards, farmer’s cooperative boards and as an elected official with the Soil & Water Conservation. He was also the adjutant of the Garvin American Legion Post 273 and the First Vice-Commander in Chapter 33 of the DAV (Disabled American Veterans). Gary spent countless hours each week volunteering for the DAV, emptying the clothes bins and sorting donated clothes, which raises money to support Minnesota’s disabled veterans. Gary passed away Wednesday, October 26, 2022, at the Sanford Hospital in Sioux Falls, SD at the age of 75.

Grateful for having shared his life are his four children and 10 grandchildren: Pamela and Darrin Kimpson and their children Brooke, Maria and Davis of Papillon NE, Laura and Brenan Clark and their sons Carter and Kaden of Marshall MN, Aaron and Courtney Brinks and their daughters Annalise, Katelyn and Harper of Clive IA, Sara and Kyle Schmidt and their sons Luke and Trevor of Barnesville MN. His Siblings Marlene Bisbee of Keewatin, MN. Daryl & Julie Brinks of Pierz, MN. Doug & Leah Brinks of Slayton, MN. Junell & Vern Peterson of Clara City, MN along with numerous Nieces and Nephews and close friends. Preceded in death by his Parents and his wife Helen.

In lieu of flowers, memorials may be directed to Omaha Youth For Christ- Darrin Kimpson or Murray County Relay For Life - Schaap Sanitation Team in care of Kathy Schreiber.

Visitation will be on Sunday, October 30, 2022, from 4-6 p.m. at the church and also one hour prior to the services on Monday. Totzke Funeral Home of Slayton is entrusted with arrangement. To view online obituary and send condolences visit totzkefuneralhome.com 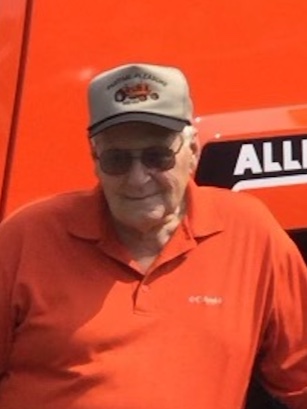