Geraldine “Geri” Annette Munkel passed away on December 28, 2022 at Palisades Healthcare Center in Garretson SD. She was 71.

Geri was born to Chris P. Behr and Lois (Kirchner) on September 1, 1951 in Slayton, MN. She attended Fulda Public Schools where she graduated from Fulda High School in 1969. After graduating, she worked as a bank teller at First National Bank for 25 years. She then worked as a secretary for ISD 518 in Worthington, MN for the next 25 years before retiring from Section 8 housing after 6 years.

On December 27, 1969, she wed William Munkel at Phingston Lutheran Church in rural Fulda. They resided in Worthington, MN for years. After retirement, they moved to Le Sueur MN for 6 years before moving to her final home in Sioux Falls SD.

During her retirement, Geri enjoyed doing things to keep her hands busy whether it being crocheting, doodling, coloring or puzzles, card playing with friends, 4th of July picnics with family and spending time with her children and grandchildren. She was a lifelong member of American Lutheran Church in Fulda and Worthington, MN.

Grateful for sharing her life are her husband, William; daughter, Michelle (Matt) of Plymouth MN; son, Christopher (Amber) of Sioux Falls SD; her 5 grandchildren - Valin, Mick, Lily, Alysen and Ashlee; and 4 great-grandchildren - Xander, Henry, Cayden and Logan; her brothers, Mark (Wanda) and Lyle (Deb); brothers-in-law, Robert (Rose) and Ed (Julie) and several other relatives and friends.  She was preceded in death by her parents; her brother, Gene Behr; sisters-in-law, Kathy Behr, Rita Behr, and Marlene Tuin; and her brother-in-law, Don Tuin. 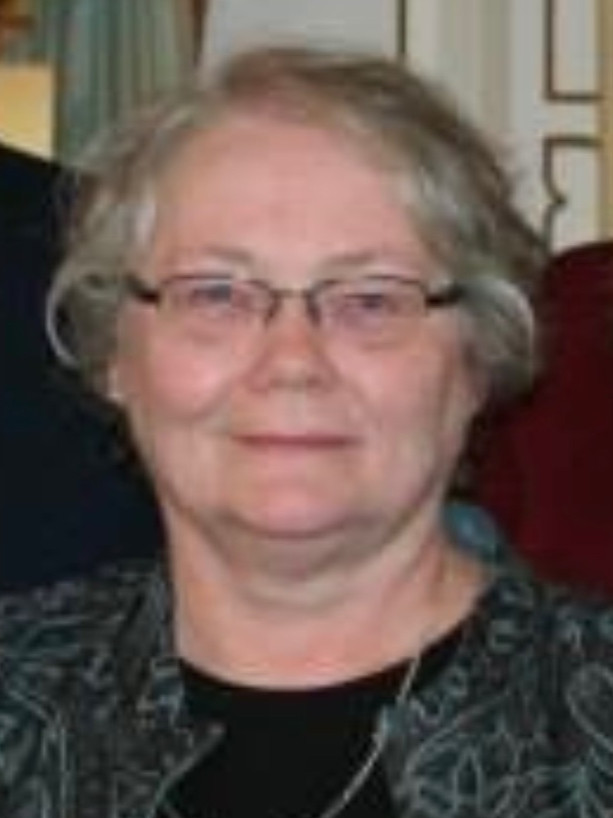