John E. Lillie was born in Milwaukee, WI, on February 10, 1937, the son of Leon and Dorothy Lillie of Wauwatosa, WI. John was united in marriage to the late LaVonne (Johnson) Lillie on February 10, 1973. He lived for decades in Worthington before spending the last 10 years in California.

John had a long career in the Navy from 1957 to 1977, last serving in California, and will be remembered as an avid golfer. John and LaVonne won the Couples Club Championship at the Worthington Country Club 9 times. In Worthington, John worked for years at Sorenson Aerial Spray Service.

John is survived by sisters-in-law Althea Lillie of Wauwatosa, WI, and Joanne Johnson of Worthington, brother-in-law William Johnson of Oconomowoc, WI, and many nieces, nephews, and friends. 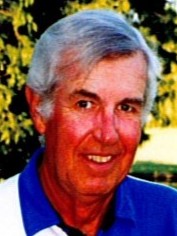