Funeral services will take place on Saturday, September 3, 2022 at 11:00 a.m. at First United Methodist Church in Sartell, MN. Visitation will be one hour prior to the service at the church. Burial will be in the Worthington Cemetery in Worthington, MN. Funeral arrangements were made by Benson Funeral Home, St. Cloud, MN.

John was born on January 28, 1937 in Worthington, MN to Raymond and Thelma (Norman) Mork and spent his childhood years in Worthington. After graduating from high school in Worthington, John attended Grinnell College and then graduated from the University of Minnesota Medical School in 1962. He then did a one-year internship in Riverside, CA with additional training in Oakland, CA. John was drafted into the army and served at Vint Hill Farms Station in Virginia. Following his military service, John completed his residency training at Northwestern Hospital in Minneapolis, MN. He moved with his family back to his hometown in 1969 where he practiced medicine for the entirety of his career at the Worthington Clinic, which was founded by his grandfather.

John married his high school sweetheart, Joan Ehlers, on June 12, 1960. They spent many happy years in Worthington raising their family and enjoying church and community activities.

He loved singing in the church choir, playing golf, running, and was an avid reader. He also enjoyed many fall weekends duck hunting with his boys and father.

After losing his beloved wife of 56 years, John was able to find love and happiness with Patricia Jensen. They enjoyed life together for several years until Patricia’s death in February of 2022.

John will be remembered for his kindness, compassion, generosity, and for being a man of integrity. As a physician and as a father, he touched the lives of many people. He has left a wonderful legacy of love and service for his family.

He was preceded in death by his wife, Joan, on August 29, 2016, daughter, Susan Mork; brother Richard Mork; and great-grandson, Afton Ostrom.

The family would like to thank the staff at Galeon Senior Living and Douglas County Hospice for their amazing care and compassion in John’s final days.

Memorials are preferred to the First United Methodist Church of the St. Cloud Region or the charity of the donor’s choice. 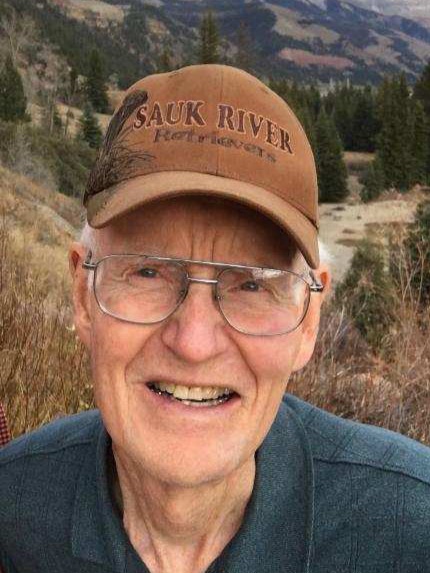