Kenneth “Ken” LaVern Meyer, age 79, died peacefully on Saturday, August 20, 2022, after battling cancer, at Sunset Hospice Cottage in Worthington, MN. He was born on June 16, 1943 in Storm Lake, IA to Alvin and Evelyn (Fessler) Meyer. Kenneth graduated from Everly Community High School in May of 1960. Following his graduation, he trained as an electrician. He spent his career in that profession wiring many feed mills, businesses and homes in different countries and states including Panama, Venezuela, Ecuador, Trinidad, Minnesota, Wisconsin, Iowa and Ohio because he was so excellent in his work.

Ken married JoAnn Dean on September 2, 1962 at First English Lutheran Church in Spencer, IA. After moving around a bit they settled in Worthington and had two daughters, Jodi Kay and Judi Lea. He started his electrical career at Lien Electric in Worthington. He gave them twelve years of his service and eventually became part owner of the business. In 1975, he started his own business, Ken Meyer Electric. He had a very successful career electrifying half of Worthington. Through his many years, he trained and taught many electricians who eventually established their own businesses. A couple of them even travelled abroad with him. If Ken couldn’t figure out how something needed to be done he would think about the project and sometimes dream about it and he would come up with the solution. Throughout his career he touched many residential homes and businesses including Sunset Hospice Cottage where he spent his last couple days.

Ken lived a life of service. He was a volunteer firefighter for almost 30 years with the Worthington Fire Department, rising to the rank of assistant chief. He was a former member of the local Elks Lodge and was the Elk of the Year. He and his family were members of the Frosty Riders Snowmobile club. His favorite place to serve others was St. Matthew Lutheran Church, where he was a member of almost 60 years. He served in many roles there including, head usher, trustee, and many other unsung positions. If there was a need at the church, he did what he could to provide with a positive attitude and a smile on his face.

Ken was a family man through and through. He was always there for his kids and grandkids. He was always helping others before helping himself. While his work brought him abroad, his favorite vacations were with his family including, Canada fishing trips, family reunions all over the country, or snowmobile trips in northern Minnesota. Ken was happiest surrounded by his family.

Ken was preceded in death by his parents, Alvin and Evelyn; brothers, Bob and Alan and 2 great grandsons, Thomas and Tucker. 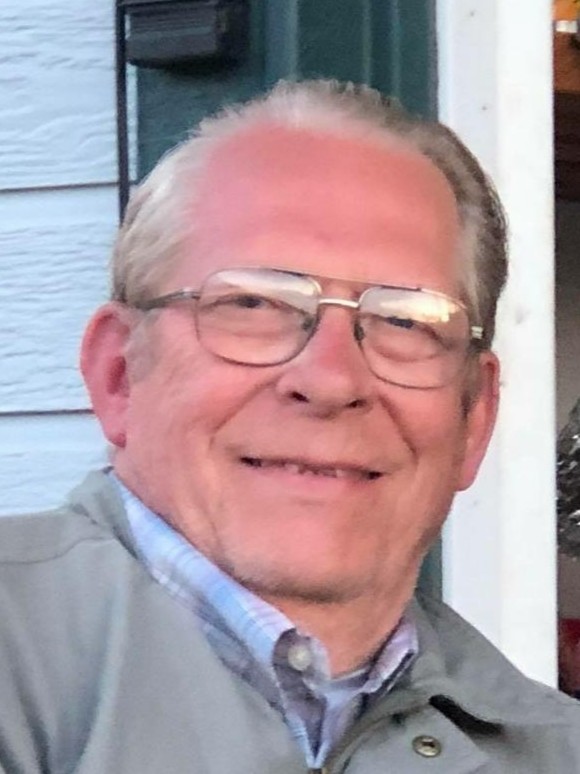