Lee Dailey went home to Jesus on August 24, 2022 after a long battle with leukemia. His passing was made easier by the Lord’s mercy and grace. He was born June 9, 1960 and came to live with Don and Charlotte Warren in Rapid City, SD in 1964. He attended Stevens High School and worked various jobs until he landed in Worthington in approximately 2002 where he met the love of his life, Ann Denno. They shared life together for 17 years.

Ann and Lee loved to travel and were able to visit many places around the United States. They also loved their two fur babies, Dutchess and Sprinkles, along with all the wild creatures that came to their bird feeders. Another of Lee’s passions was cooking, especially holiday meals. He enjoyed playing poker in various tournaments and even won a few. Lee enjoyed his friends and never met a stranger. Once he became ill, his friends and family, along with the staff of the Sanford USD Hospital in Sioux Falls, the Sanford Worthington Cancer Center, the Sanford Worthington Medical Center, the South Shore Care Center, and Moments Hospice became especially important to him. So many gentle and helpful people were instrumental in his care over the last few years.

He is survived by his sister, Deborah (Ron) Colerick; his soulmate, Ann Denno; Ann’s sisters, Barb Denno and Mary (Bob) Wilson, and his niece, Sarah (Ryan) Fobes and her family. Lee was preceded in death by his dad and mom, Don and Charlotte Warren of Rapid City, SD and also his nephew, Matthew Colerick.

Visitation will be held on Friday, September 2, 2022, from 10:30 a.m. to 11:30 a.m., followed by memorial services at 11:30 a.m., at the Benson Funeral Home Chapel in Worthington, MN, with Father Jim Callahan officiating. Interment of ashes will be in St. Mary’s Cemetery in Worthington. 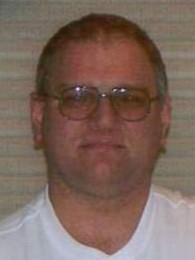