Leona Mae Stoffer was born November 2, 1939 in Arlington, Nebraska to Floma (Beerman) and William Stoffer. She Graduated from Worthington HIgh School, Worthington, MN in 1957. She married Douglas Poppen in February 1958. They had four children. She was a Sunday School teacher, Brownie leader and a member of American Lutheran Church. The family moved to Osage, MN and owned Angler’s Tavern. After a divorce, Leona and the kids moved back to Worthington, MN. She worked at Hy-Vee grocery store as a demonstration lady. She enjoyed dressing up for all occasions. She also loved garage sales. She met and worked for Jim Arnt, her long-time partner. She was a life long Vikings fan and loved to watch NASCAR with Eddie. She moved to Rochester, MN and then St. Charles, MN after meeting Leonard Millard. Lee and Leonard were married November 2014. She worked at Sears in Rochester, MN for over ten years and owned apartments in St Charles. She loved beaches and casinos. But most of all, she loved to travel. She was always very proud to have visited all 50 states! She also saw parts of Canada, Mexico and London.

Funeral Service for Lee was held on Saturday, August 6, 2022 at Faith Lutheran Church in St. Charles, MN. Lee was laid to rest at the Worthington Cemetery in Worthington, MN. Cards for the family may be sent to the Hoff Funeral Home, C/O Lee Poppen-Millard Family, PO Box 576, St. Charles, MN 55972. www.hofffuneral.com 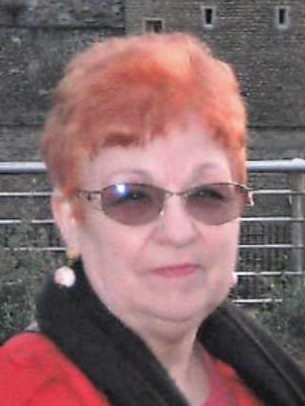