Sally Ann Johnson (88) moved to Paradise in the early morning of March 26th, 2022. She was born Sally Ann Hagge on August 16th, 1933, in Worthington, Minnesota. She often reminisced about her wonderful childhood as the youngest of 3. She had her first pony at age 6 and enjoyed riding well into her adult years. She graduated from Worthington High School in 1951. Three days after her 18th birthday she married her lifelong partner Donavon Johnson. They had 4 boys, so being a homemaker was more than a full time job. Sally Ann supported Donavon’s construction company. Sally Ann loved antiques and she and Donavon owned a second-hand/antique shop after Donavon’s retirement. She was a life-long collector of antiques, favoring glassware and dolls. She lived in Worthington her entire life.

Sally Ann had a special kindness and sense of humor that made others comfortable and she used these gifts her entire life, including her last few days on earth.

She had a genuine interest in the struggles and celebrations for all the people whom she encountered. Friends, family, neighbors all wanted to be with Sally Ann.

She was a force for advocacy, especially in the area of the disabled. She joined boards, raised money, volunteered and was relentless until she succeeded.

Sally Ann was a forever servant. Her youngest son Bill had her undivided attention and care for 58 years. She spent much of her life caring for, protecting and enriching Bill’s life. She succeeded! She also cared for nearly all of her family members who she has now joined in heaven. Despite these efforts, no one that she touched felt slighted but always blessed. Her four sons were the center of her life, and nothing made her happier than time with them and their families.

Sally Ann was a passionate musician. She played percussion in the high school band. She played her marching band’s cadence during a recent hospitalization. Sally Ann played piano from childhood and into her 88th year. She played the piano every day during the Covid lockdown. She played the organ, accordion and at age 74 bought a cello and began practicing. She played with the Southwest Minnesota Orchestra where she of course added more lifelong friendships. Music comforted her much more than powerful medications in her final hours.

Sally Ann loved and encouraged celebrations. She said that one should always choose to celebrate transitions as there are plenty of times that are onerous and painful. Her favorite celebrations were frequent trips “to the cabin” with family, and they always included boat rides complete with beverages and “snackies”.

Sally Ann had a strong faith and was a lifelong member of the First United Methodist Church. Her morning devotional book is worn/tattered and full of notes. She lived her life by the “Golden Rule”.

Sally Ann left her mark on all of us, and we benefited greatly from the example she set.

We celebrate her life and hope that we can all “Be more like Sally Ann”.

She was preceded in death by her husband Donavon Johnson, her parents Jack and Vera Hagge, her brother Thomas (Tom) Hagge, her sister Betty Jean Hoskins, and her fourth son William “Bill” Johnson.

Memorial services were held on Tuesday, March 29, 2022, at 11:00 a.m., at the First United Methodist Church in Worthington, MN, with Rev. Dr. Daren I. Flinck officiating. Private family burial was in the Worthington Memorial Gardens Cemetery. 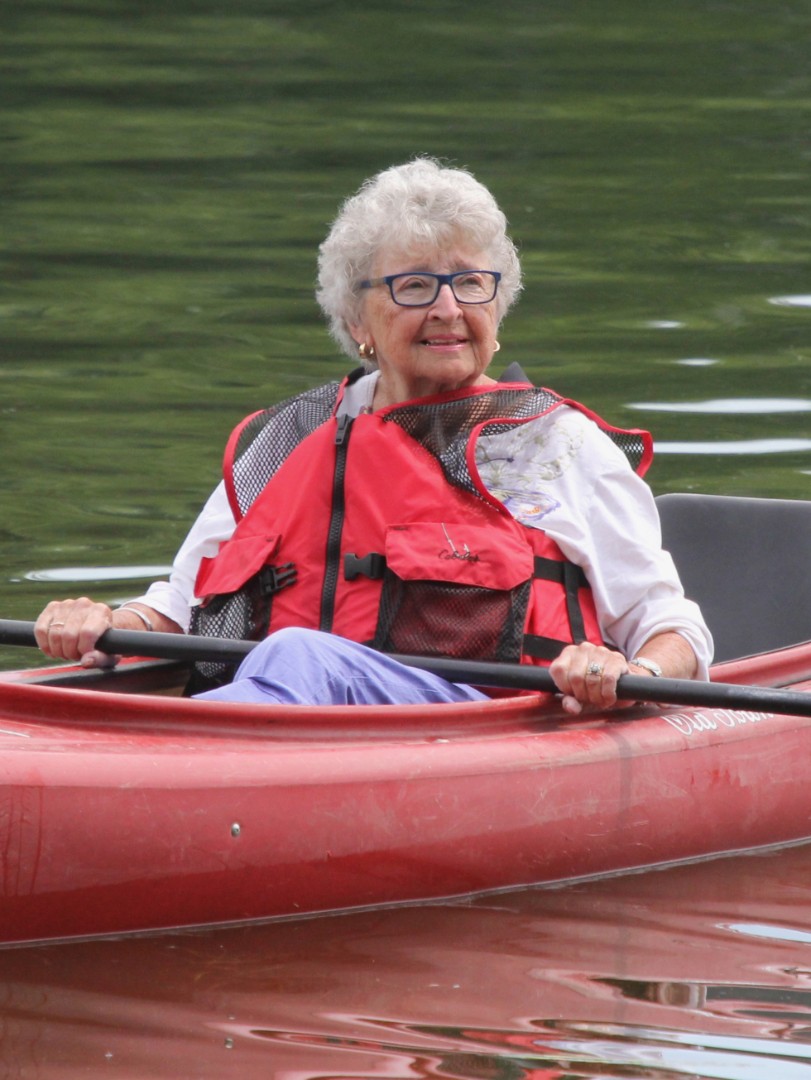