Vern Meyer, known for his many years as a Worthington-area gas company technician, died Wednesday, July 27, 2022, at the Sanford Health hospice cottage in Luverne. He was 84.

Luverne Julius Meyer was born Feb. 24, 1938, in Ocheyedan, Iowa, the youngest child of Harm and Anna (Naefke) Meyer. He lived much of his childhood in the Round Lake area and in northern Iowa. He graduated from Adrian High School in 1956.

He enlisted in the U.S. Air Force in 1960 and served four years, mostly in Spain. Following honorable discharge in 1964, he worked briefly in Worthington before accepting his brother’s offer to live in southern California where he drove taxi. He returned to Worthington and started working for Peoples Natural Gas Company and its successors as a service technician, repairing furnaces and appliances.

Vern and Marilyn Steffen were married on May 23, 1969, at the St. Matthew Lutheran Church chapel in Worthington. Their children - Lisa and Kelly - were born and raised in Worthington. The Meyers have been longtime members of St. Matthew. Vern was active in the Lions Club from the 1990s into his retirement and affiliated with the local American Legion.

Vern retired in 1998 but continued to work part-time on maintenance for Ridgewood apartments and as a driver for area businesses. The Meyers spent several winters near Victoria, Texas. Vern enjoyed completing projects, riding bicycle, fishing, playing cards and visiting family and friends.

He was preceded in death by his parents and six siblings.

Funeral services were held on Saturday, July 30, 2022, at St. Matthew Lutheran Church in Worthington, MN. Burial was in the Trinity Lutheran Cemetery near Brewster, MN. 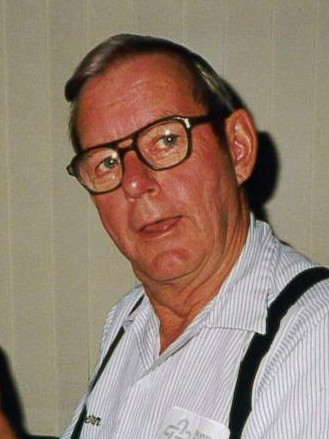